How do I stream video through a Dedicated Speed Server?

Speedify is commonly used to improve the streaming of video from live events. Whether the video is Facebook Live, Periscope, Twitch, RTMP, RSTP, or any other protocol, Speedify offers better streaming by allowing multiple connections to be combined for better throughput and reliability.

Most users can get started with streaming using our standard accounts and public Speedify servers, but those doing professional streaming might prefer to have Dedicated Servers. This means that no one else is on the same hardware at the time. Below is a typical setup, in which a film crew has a laptop that does the encoding and the Speedify client. Here, the laptop has 3 connections: 2 LTE connections and one Wi-Fi connection. The video stream is distributed among the 3 connections and then reassembled by the Dedicated Speed Server to deliver to the Streaming Server. 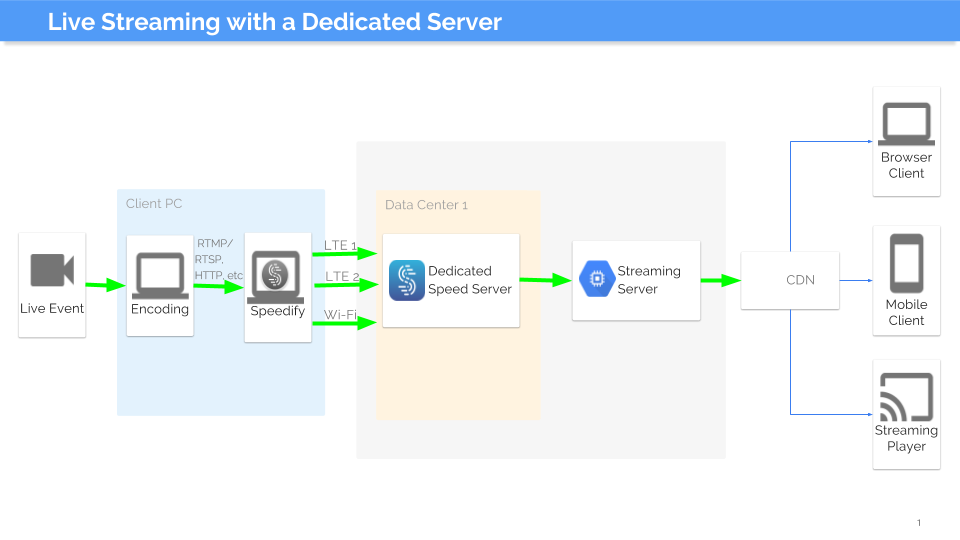 In the picture below, the encoder on the second PC and the second LTE carrier have both failed mid-event, and yet the video continues to stream, from the first PC, using only the LTE 1 and the Wi-Fi. 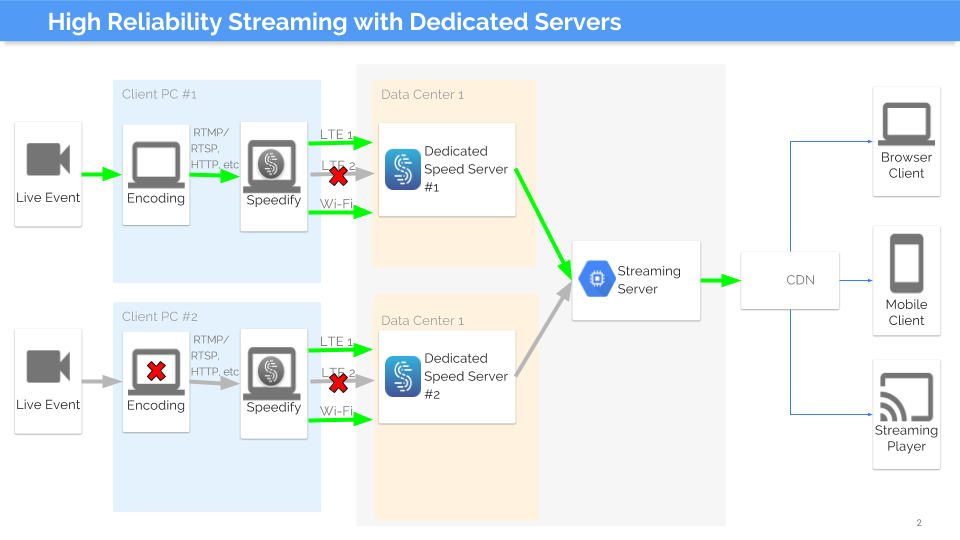 For more information, use the link below to contact us.